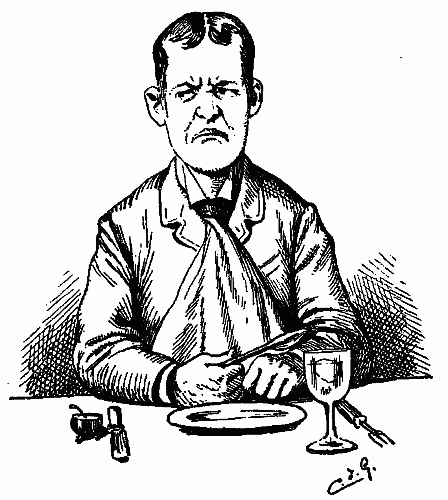 I am a big fan of cooking shows. I fancy myself as a pretty good chef, although I doubt I could compete with the likes of Bobby Flay, Emeril Lagasse, Rachel Ray and other celebrity chefs on Food Network. One particular chef I enjoy is always involved in difficult and challenging dinners on a program called “Dinner Impossible.” Lately, Chef Robert Irvine has taken on a new challenge, and it’s called “Restaurant Impossible.” The story line is restaurants that are in trouble of failing can be nominated to receive Chef Robert’s tough love assessment to hopefully recover and turn flagging establishments into a hit and hip places to eat. So, can Chef Robert do the impossible and make these restaurants financially viable once again? Let’s tune in and see.

Obviously this is reality TV, restaurant style, but in this particular episode I found the approach interesting and applicable to any business trying to improve. The story line was that two partners had purchased a restaurant in a college town in the southeastern United States. They paid a healthy sum, and then paid an additional amount to buy the recipes of the previous owner. It was not apparent that these two had a great deal of previous restaurant experience, but none the less they dove into their enterprise. After a year, they were losing more than $100,000 and needed to reassess their business. In comes Chef Irvine on his impossible mission quest.

What I found interesting and applicable to any business was the way he determined what could be done in a short period of time. First, he listened to the owners about what they paid for the business as well as what was happening from their perspective. Next, he went right to the counter and interacted with the waitress and ordered multiple meals for the kitchen to prepare. He wanted to sample the product of the establishment.

He then went into the restaurant to interview the customers and get their take on the food. He even asked if he could sample dishes they had purchased. They told him what the item was, which in many cases surprised him as it did not look at all like what they said it was. When tasted, he proclaimed the food to be terrible, and that it tasted like it came out of a can. He also asked about the service and was told that sometimes it took over an hour to get the meals to the table. No wonder the business was going downhill. The food was terrible, the service was poor, and the ambiance was average at best. The customers had given him some critical information about the restaurant, food, and service. 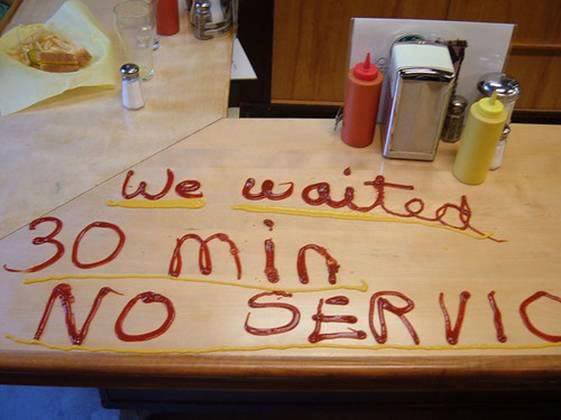 He returned to the counter where the food he ordered had just arrived. It took more than an hour to prepare, and it was just as bad as what he had sampled from the customers. He now knew where he had to start.

He gathered the entire staff, including the owners, in the kitchen for a debriefing and assessment. What he found was they were buying most of the food canned. He did a quick assessment of how much it cost to prepare a first-class meal as a benchmark, and this restaurant was spending several times that amount. Also the food was terrible, and the menu lacked creativity. His quest with the owners was to re-make this restaurant with fresh food items, a new menu and some renovations to the restaurant itself, add a wine and beer bar to attract the “happy hour” crowd, train the staff and market the place to locals, especially college students. He told the owners that they needed to provide leadership focus and strategy if they had a chance to turn this restaurant around.

He started by assessing the kitchen staff and the so-called chefs. The head chef had come with the restaurant when it was purchased, and the assistant chef was a young man significantly junior to the head chef. What Irvine found was that the more senior chef was really a cook, and the younger person was much more creative at preparing new menu items. Irvine told the owners that they had to choose the right person for the position, which was not the person with the most seniority. It was the younger guy. To their credit, the owners dealt with it, and the older chef/cook realized that he was a better assistant than a chef and volunteered to work for the younger person. This was a real cultural win for the owners, the restaurant and the customers. It dealt with one major human resource issue for the owners – organizational alignment.

The next step was to prepare a new menu with fresh food items and more creative entrées. Irvine prepared and printed the new menus and sent the entire staff home to study them for a quiz the next day. They had to memorize the menu or they could not serve or get a paycheck. He also wanted them to have a more uniform look. If they passed the quiz, they got a new t-shirt with the restaurant’s logo so they had a similar appearance when interacting with the customers. Chef Irvine made it clear that they needed to know the menu, and that they were creating a new look, feel and energy for the restaurant. Everyone passed except one person. She was dismissed on the spot and told to come back when she had had memorized the menu – again setting the expectations, engaging the employees and empowering them to execute the new strategy for the restaurant.

They next executed a marketing plan by taking about 40 sliders to the local college campus and giving them away, thereby promoting the new menu, wine and beer bar and newly remodeled facility.

The opening was successful with customers complimenting the new menu, décor, improved service, and significantly improved service performance. Again, this is reality TV, so who knows if this will stick over time. But, Chef Irvine’s consulting and application of the following key attributes helped, at least, to start this enterprise on the path for an improved level of business and financial performance.

What happened here was a classic example of consulting assessment, action planning, execution and verification. It dealt with leadership, finance, strategy, product development, human resource management, capital expenditures, marketing, sales, training and customer feedback and measurement – all elements of establishing a successful customer experience. Whether you are creating a new widget, developing software or running a restaurant, these principles are applicable. Although it might appear that this is “Customer Experience Impossible,” it’s more like “Mission Accomplished” when you apply these to any business enterprise.